Sharks stranding in the lagoon

Friday 17th January.  Today we were alerted to the presence of several sharks at the Walvis Bay lagoon early in the morning.  The first call was from Bex Russell, who saw a 1.7 meter bronze whaler shark (Carcharhinus brachyurus) stranded on the mudflats near Millionaire's mile.  The animal was calm and sedate, probably suffering from lack of oxygen and exposure. It was refloated by Simon Elwen of the Namibian Dolphin Project and within a few minutes swam away into deeper water. Just over an hour later, there was a report of another shark stranded in a similar position. This animal was slightly smaller, and again calm and re-floated easily. Within the next hour, 2 more sharks (one more bronze whaler and one smooth hound shark) were found by local residents, all successfully re-floated and we are hopeful that they made it back out into open water.

We are not sure why they stranded, but it most likely due to the warm temperatures and a lack of oxygen in the water associated with the current sulphur bloom. While the sharks we have encountered so far are quite placid, bronze whaler sharks can and do bite and wild animals are unpredictable and potentially dangerous especially when stressed. Therefore we would encourage members of the public to phone the Namibian Dolphin Project on 081 421 4968 or the WB Strandings Network through: 081 602 1355 or 081 149 7377 for further assistance if they encounter any stranded sharks, or other creatures such as whales, dolphins or turtles. 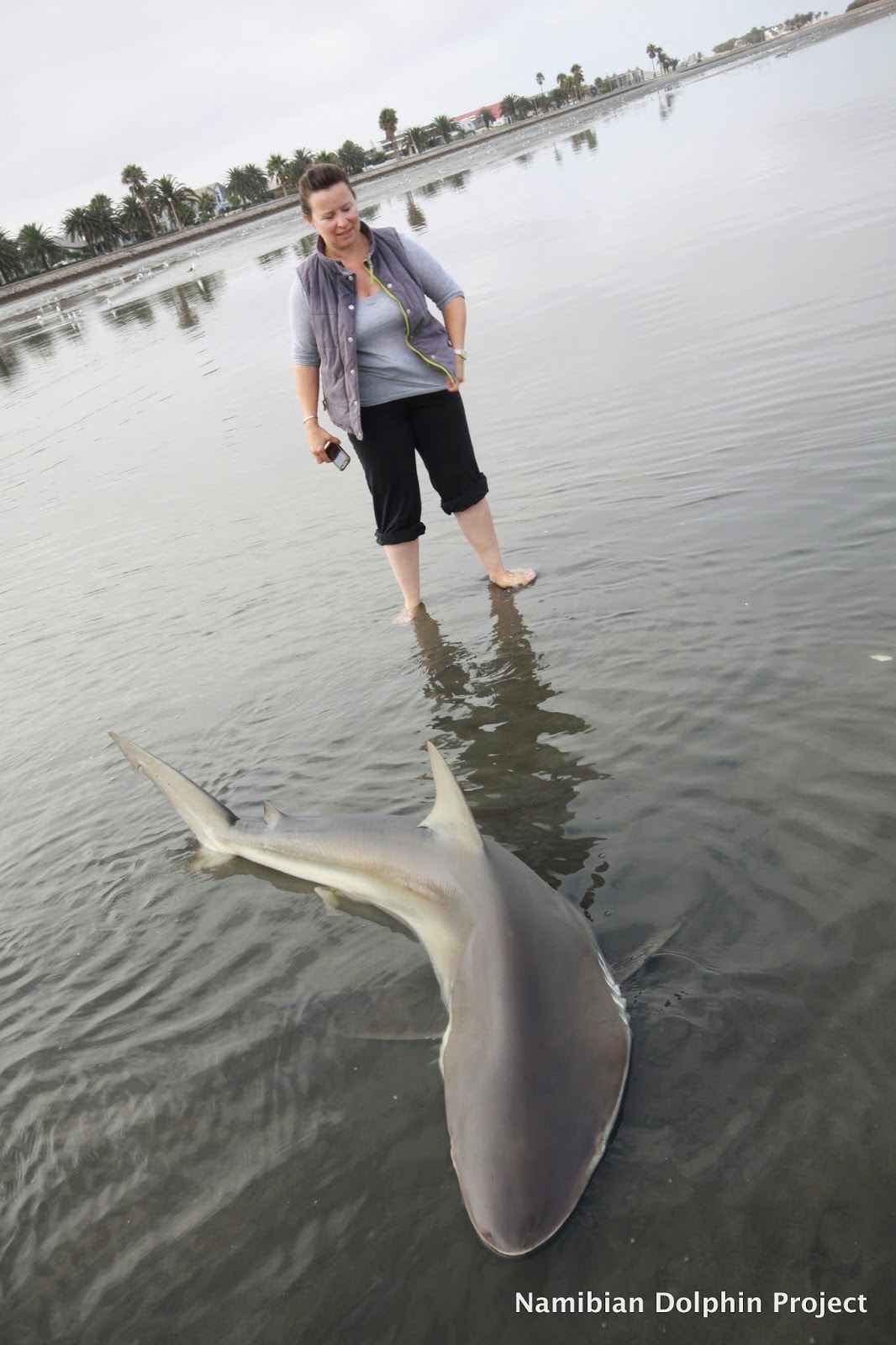 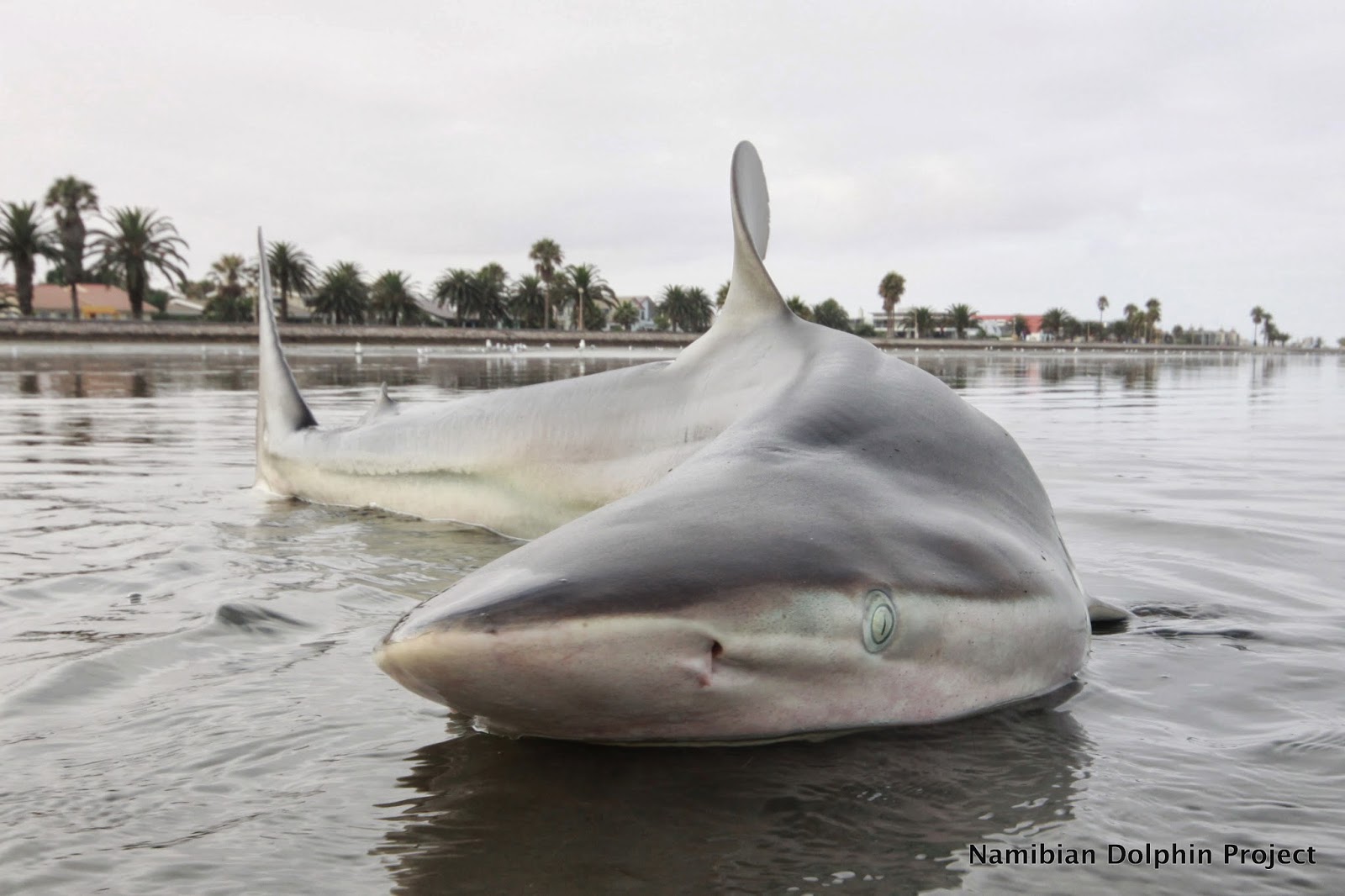 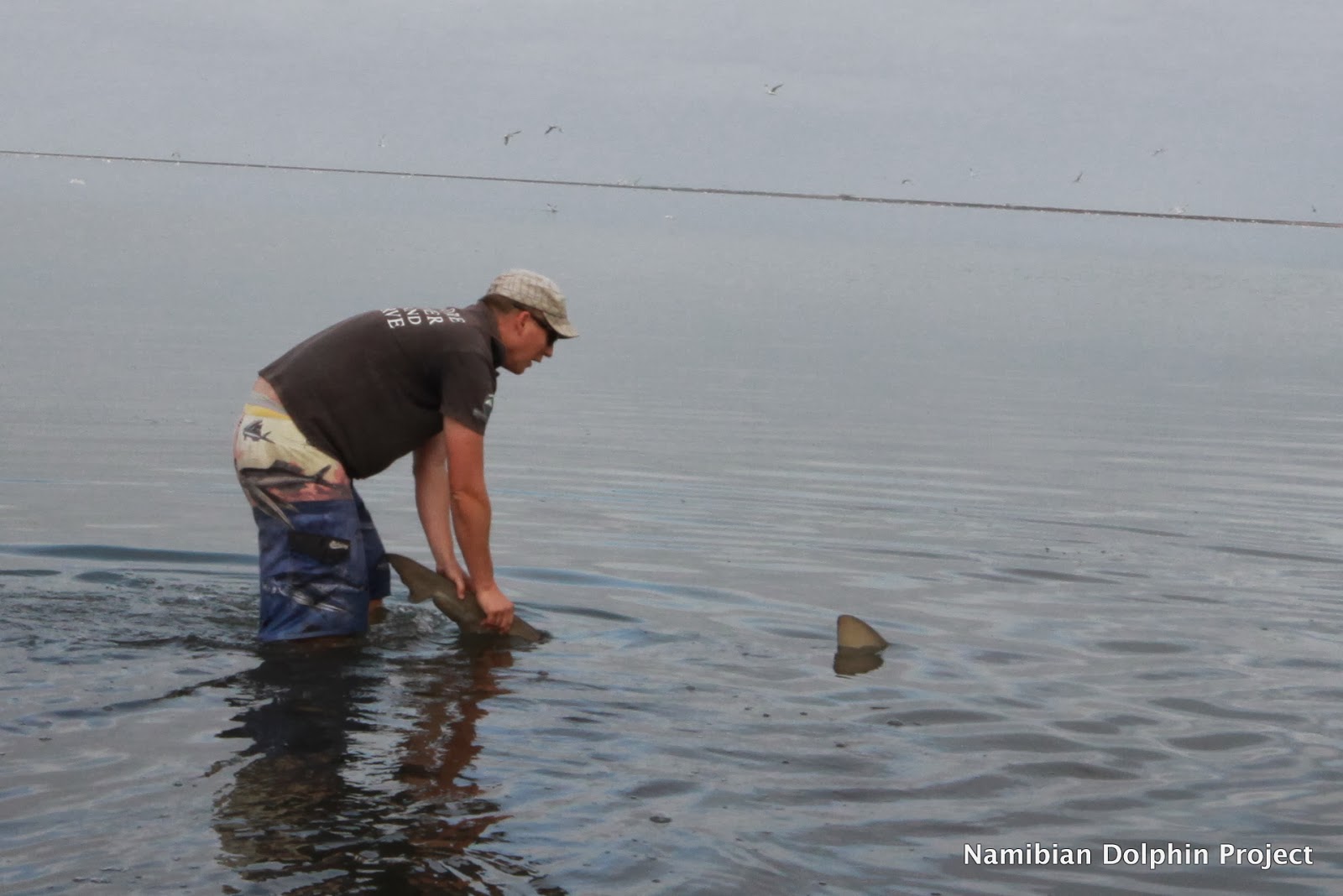 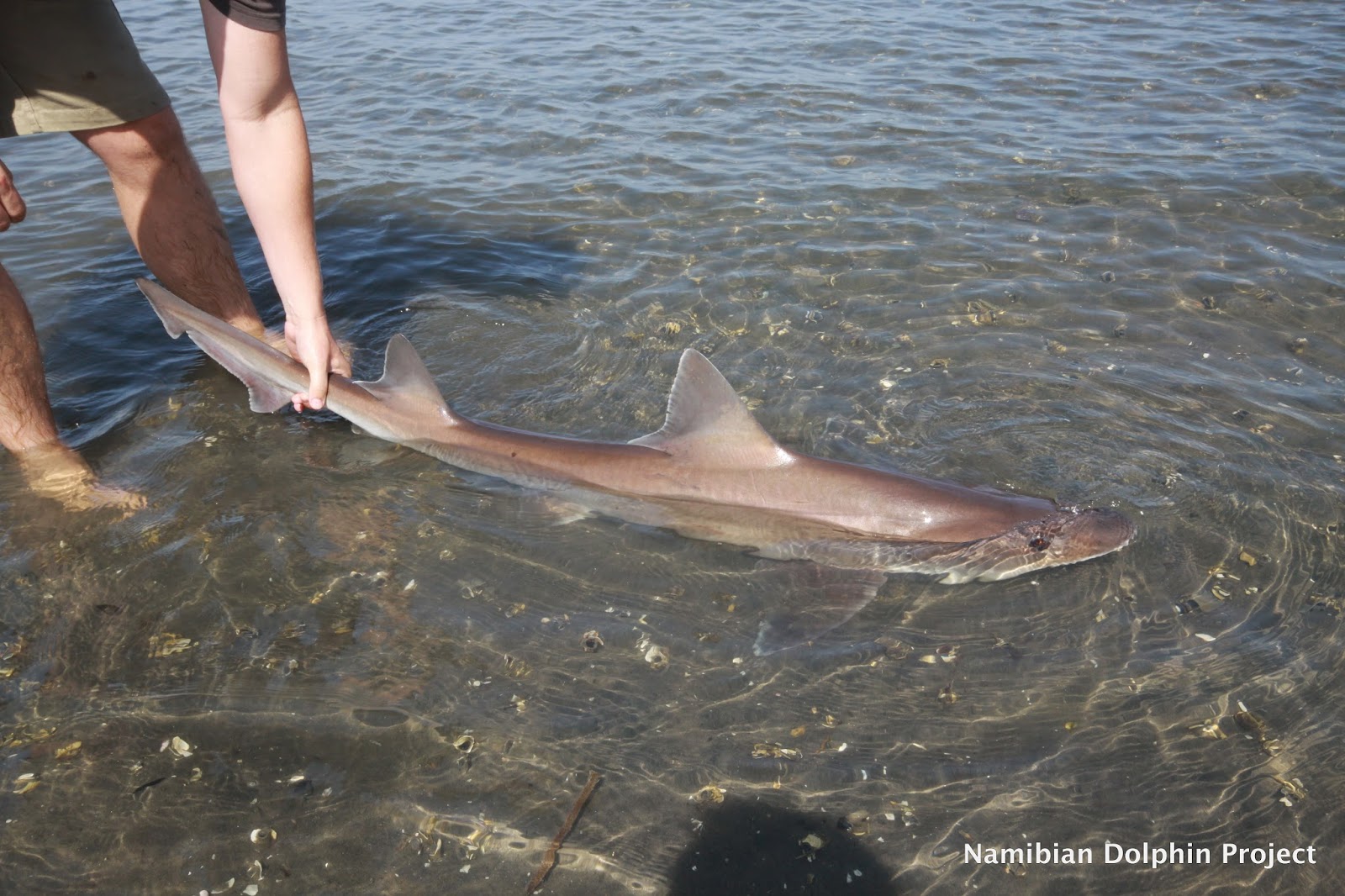 We are currently seeking an independent, outgoing and trustworthy volunteer to manage the Namibian Dolphin Project office while the team undertakes fieldwork in Lüderitz . We are seeking someone from March to May, which will include one month working with us in Walvis Bay and 2 months working independently as the responsible office manager. Core working hours are 7:30-1pm.

The role will include: * Engaging with the public* Administration
* Desk top research work on dolphins, for example photo-identification, data organisation
* Production of education and outreach materials relating to marine life
* Fundraising

During April-May you will be expected to represent the Namibian Dolphin Project in Walvis Bay and attend to strandings and public concerns, as and when they arise.

This volunteer position is well suited to someone with an interest in the environment who can work independently. It would suit a post graduate seeking extra work experience or (as the hours are mainly in the morning) a scientist looking for a quite place to gain inspiration while writing papers/grant applications etc. If interested, please contact Dr Tess Gridley on: nam.dolphin.project@gmail.com. For more information about the project please refer to the website:www.namibiandolphinproject.com or blog.

- Bottlenose dolphins swim past the office regularly
- A very nice restaurant next door! 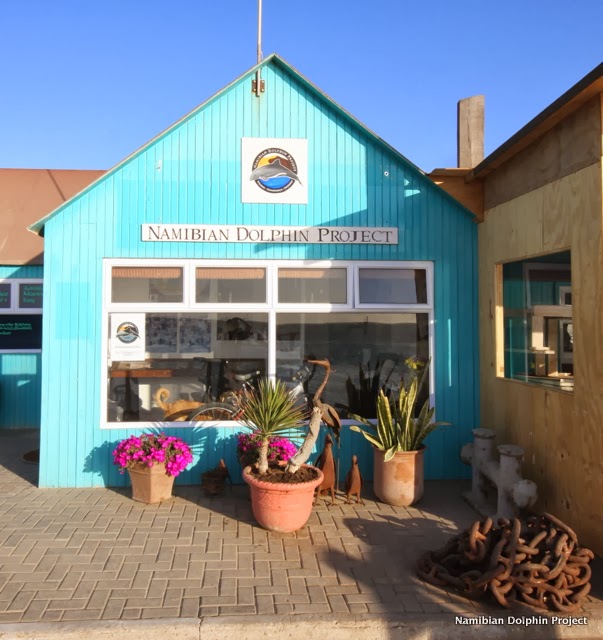 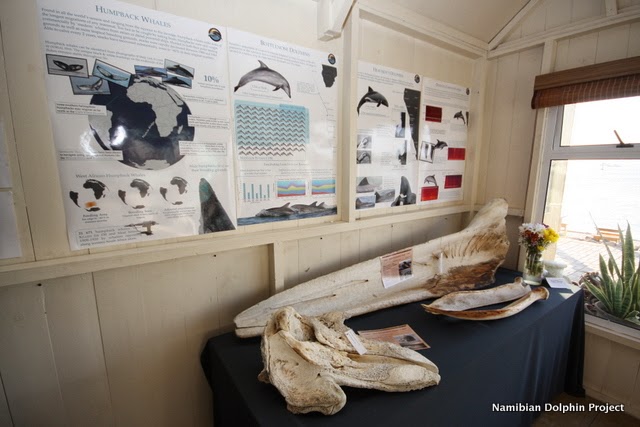 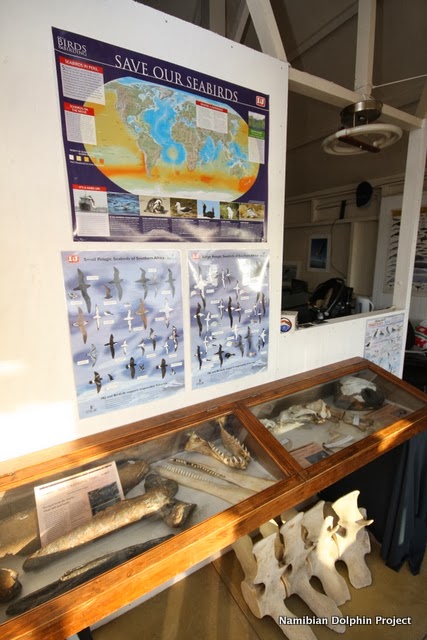 Posted by Namibian Dolphin Project at 14:17 No comments: 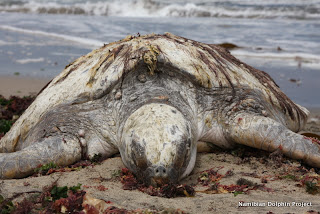 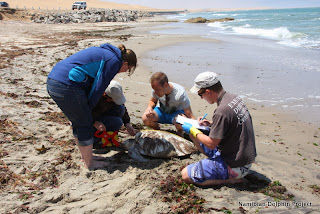 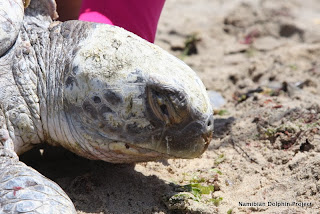