Time flies! Already we’re making preparations for our next season, currently planned for mid July until the end of August. During the last few months we’ve been processing data, trying to publish some of our initial findings and working on grant applications. Now having data from a summer and winter season, we are able to look at how the animals behave in different environmental conditions and are starting to build up a more confident picture of how the dolphins are using the bay. 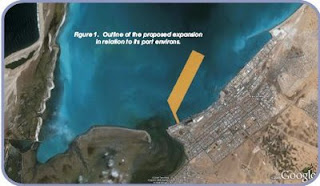 Namport (the port management authority) are planning a vast expansion to the current harbour for a container terminal. Obviously we’re concerned over the effects this will have on the environment and wildlife in the bay. See details on the Namport webpage and register as an “IAP” (interested or affected party) to voice your concerns:
http://www.namport.com/content/show.php?m=4

On a different note, one of the projects we’re trying to get up and running in Namibia is a “strandings network” which we think is very worthwhile and needed for both conservation and science reasons. You may recall the stranding of a live humpback whale in February and of 19 bottlenose dolphins in the upper lagoon in March. Recently there was an even bigger mass stranding of 50-odd false killer whales just outside Cape Town. The perceived lack of organisation and the decision to euthanise animals which it was not possible to rescue has met with serious criticism from some quarters. However, knowing many of the people who were involved in the Cape Town stranding, I’m confident they made the best decisions possible at the time, it was clearly a very difficult situation . It is important to keep in mind that events such as this, although tragic, are natural occurrences that have been happening for thousands of years without human interference. Either way, we hope that by developing a network of trained people who can coordinate events and make decisions in the event of further live strandings of animals, Walvis Bay residents can be confident of the best response in these situations.
Posted by Namibian Dolphin Project at 19:35 1 comment: