In between moving into new offices and analysing data, we've had a few days out at sea this month. It's been great weather all week and our first day out we had an awesome humpback whale encounter. The two animals were very relaxed and curious and circled the boat for over 15 minutes while we just sat with the engines off, watched and took photos. We are also collecting skin samples for genetic analysis, and luckily this proved very easy with these two beasties. On the same day we were able to get another humpback genetic sample and also a grey whale sample, which we will compare to an earlier sample to look for isotopic differences and evidence of feeding in the bay. 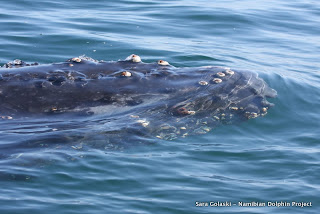 VERY CURIOUS WHALE - CRUISED RIGHT PAST THE BOAT, COULDN'T ZOOM OUT ANY FURTHER! 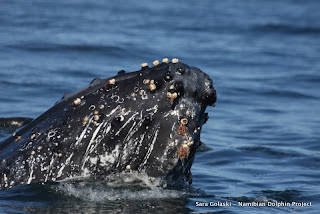 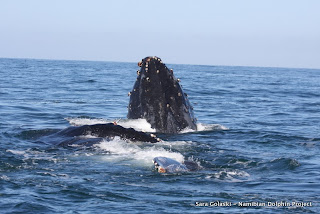 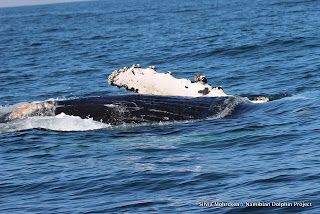 LAZY HUMPBACK, JUST ROLLING ONTO IT'S BACK AND CIRCLING US 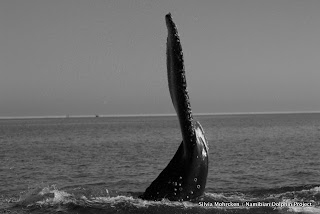 On Monday we were alerted to the presence of a stranded dolphin in the Walvis Bay lagoon, thanks to Callie Geel and Willi Deetlefs. This tuned out to be a pygmy killer whale, another rare sighting for Namibia, and proof that the Walvis Bay strandings network is so very valuable. Simon and Sara kayaked out to the animal and took all the standard measurements and the skull which one day we hope to add to our collection at the new water front office. 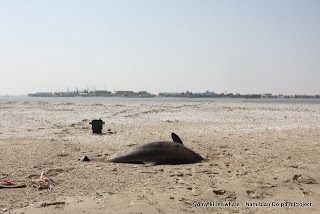 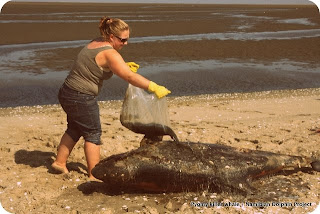 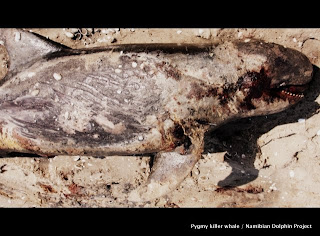 Later in the week, we were out a sea again, this time working on the bottlenose dolphin population. We were lucky to have an early encounter with a mum-calf group near Independence beach and collected some good data, all before 10 am in the morning. However, by the end of this busy week our luck started to run out,  with no dolphins to be found on Thursday and poor weather on Saturday - Luckily the coffee at the waterfront is good enough to make up for hours of misty weather... :) and we've all got LOADS to do in the office right now, so back to it.. 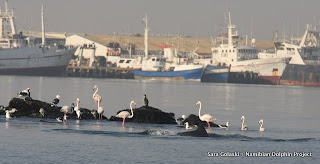 SOME BOTTLENOSE DOLPHINS GUNNING PAST THE HARBOUR WALL. SO SHALLOW, THEY NEARLY HIT THE FLAMINGOS

Posted by Namibian Dolphin Project at 13:06 No comments: 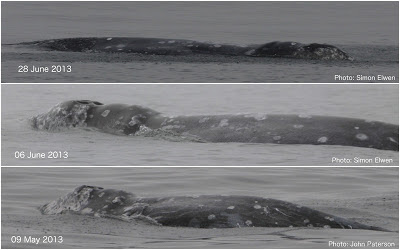 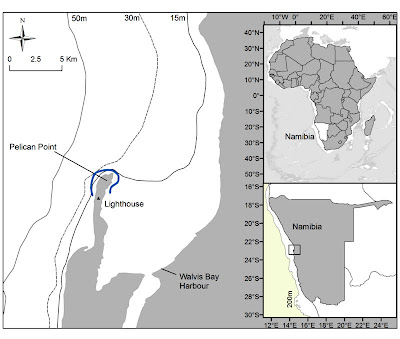 Top biology students head out to sea with Manica & the NDP

MANICA, the shipping and forwarding company decided to do a little double whammy of local support last week. Not only did they reward 5 top biology students from 5 local high schools with a day out on Sunsail's catamaran, but they also donated R10 000 to the Namibian Dolphin Project!

A big thanks from our side to Nolito and Manica for the donation - it is superbly well timed as it links with the opening of our new environmental office down at the Waterfront. We're going to use this money to kit out the office and get some nice education posters and branding printed up.

The sea day was all we could have asked for - great weather, glassy seas - good Heaviside's dolphins at the Point and Walvis Bay's own gray whale!   A few pics of the very enjoyable day below. 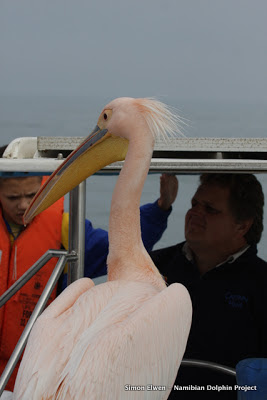 CAPT HANS AND HIS PELICAN

HOW MANY BLOWHOLES DOES A WHALE HAVE? 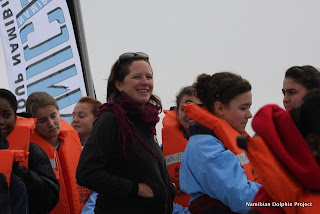 TESS AND SOME LITTLE PEOPLE 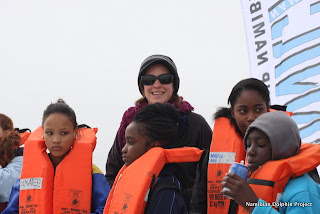 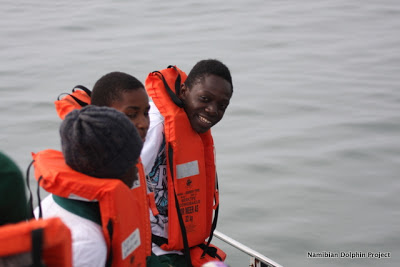 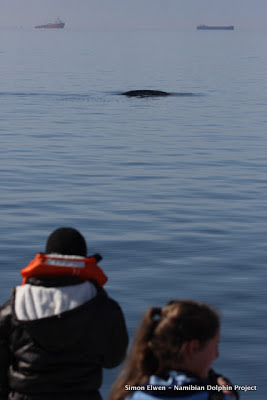 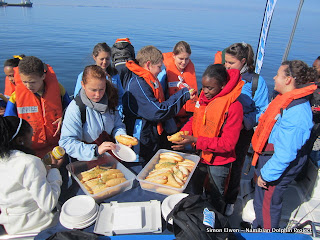 WHY LOOK AT THE ONLY GRAY WHALE IN THE SOUTHERN HEMISPHERE WHEN THERE'S HOTDOGS!!!? :)