We had a lovely warm east wind afternoon on Monday with almost no swell - perfect for surveying long distances on an exposed coastline.  So we headed up northwards, following the course taken by the bottlenose dolphin groups we've encountered twice already and hugging the coastline as far as Boat Bay, about 30km north of Luderitz town.  No bottlenose dolphins, but more Heaviside's dolphins than we were expecting, and a great sighting of a solitary southern right whale, right up against the dunes! 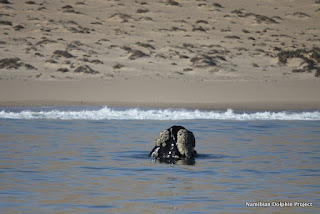 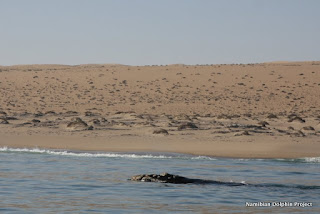 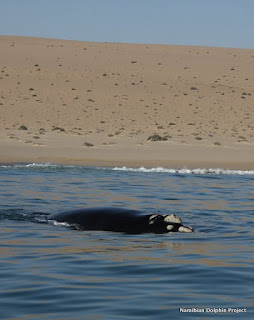 The ID photos we took will go towards the Namibian catalogue managed by Jean-Paul Roux. This catalogue was recently matched to the South African one and showed a lot of matches (as one might expect), which means that animals seen here and in SA are all part of one big and growing population.  We ended at Boat Bay, which I've never visited before. A really beautiful spot where massive sand dunes come right down to the sea. Impossible to do it justice with a camera! 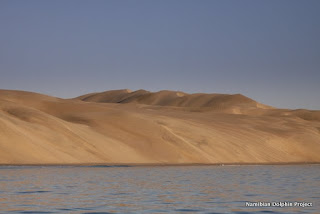 Posted by Namibian Dolphin Project at 16:27