This is my first post in a series about my current work as a PhD student with the Namibian Dolphin Project. My name is Morgan Martin, I have been living in Walvis Bay, Namibia, for about 6 months and moved to Luderitz, Namibia, last week to begin my first field season. I will be staying in Luderitz for the next two months collecting data on the local dolphin populations here. Lots of excitement to come from my end and I hope that you will enjoy following my upcoming adventures in this new rugged little African town. There will be trips at sea aboard the Anichab which has been secondly named the ‘Vomit Comet.’ Most days will be spent on my kayak paddling around beautiful secret lagoons filled with Heaviside’s dolphins, the iconic dolphin species of the Western Cape of southern Africa. I am attempting to conduct the first study of how Heaviside’s dolphins’ behavior matches with the sounds they emit underwater. I am looking at the types of echolocation clicks they produce and how they may use them to communicate with one another underwater. Luderitz, Namibia, is a great place to try such an experiment because there are Heaviside’s dolphins sighted almost every day here.


The events of my move to Luderitz were nothing short of humorous. A week before my departure, my Jeep decided to become a failure of an individual and I spent more than several hours with the mechanic discussing ways we could off-market fix the beast and get it back on the road in time for my trip to Luderitz. I was finally able to pick it up from the mechanic two hours before my road trip. This did not include the small issue that the roof rack I bought to transport my kayak did not fit my roof. As they say in Namibia, ‘we made a plan’ and ended up strapping a large kayak to my roof with some foam, rope, and tie down straps. What’s a 750 km adventure on gravel roads without a kayak clever strapped to your roof?


Around 2pm, my road tripping partner, Alistair, and I were en route to Luderitz. We took the most direct route and made arrangements to stay at a campground in Betta, Namibia, about six hours down the road. We pulled into the camp after dark and were greeted with T-bone steaks and a platter of food to put on the braai (African BBQ). The best part about our campsite that night was the crystal clear sky and it was a new moon. We were literally in the middle of nowhere with stars that twinkled so brightly I had trouble sleeping. It was one of the most beautiful places I have seen in Namibia so far. We woke up the next morning, packed up and got back on the road. We passed the wild horses of Aus on the way as well as the spooky ghost town of Kolmanskop. We were greeted at the entrance of town by a sandstorm which made transporting the kayak great fun. ;) All in all, we made it safely and in one piece to the place we are going to be staying for the next two months. Happy days to come and looking forward to sharing them with you.
Please feel free to check out our daily Facebook posts at: https://www.facebook.com/Namibian-Dolphin-Project-754118207992426/ 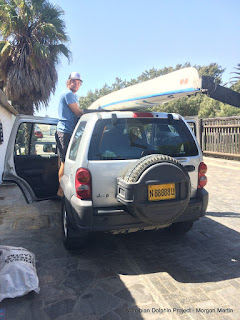 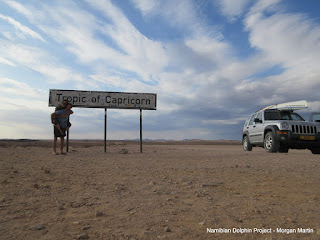 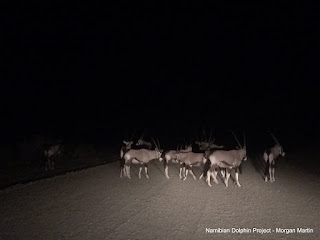 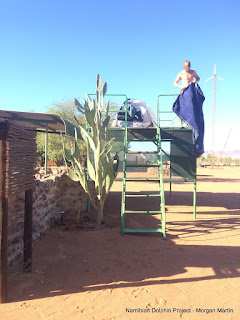 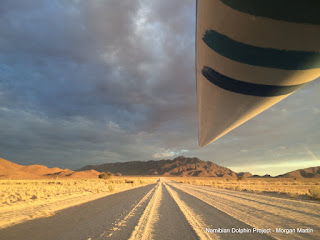 Posted by Namibian Dolphin Project at 18:31

I wish you all the very best with your Phd thesis. I hope you would be able to achieve success in conducting your thesis and would successfully submit it.