This season is now winding down after a good few ups and downs. And they continue.

We have left Walvis Bay and are currently in Lüderitz for a few days as we hope to develop LDZ into a secondary field site. Due to its latitude and slightly jutting out position on the west coast, the weather here is normally very windy and makes small boat based photographic work like we’re doing in WB almost impossible. If our grant comes through, we hope to deploy some hydrophones as well as run a few visual surveys and collect skin once a season to investigate the structure and separation of dolphin populations between here and WB and later with South Africa.

I’ve never been to Lüderitz before and I’m glad I made it out here this season despite the continued car problems (my car is still stuck in Windhoek!!). It’s a very interesting little town, and is really isolated being ~400km from the border to the south and from WB to the north and about 800km from the capital with very little in between other than vast expanses of sand dunes.

I've put a few pics at the end of this post. A big thanks to Jean Paul Roux of MFMR who, although he’s not in town this week put me in contact with Günter Behrens (who runs yacht tours of the bay). Within hours Günter had helped sort us out with a boat to get us out to the dolphins, and great accommodation right on top of the hill that we’ll hopefully be able to use longer term!

We went out to sea on Tuesday morning trying to squeeze in a few hours before the notorious wind picked up. What can I say? Dolphins galore! I managed to get seven skin samples in an hour and a half. It took us 3 weeks to do that in Walvis Bay – it’s a combination of the dolphins mood (whether they’ll bow ride the boat or not), where they ride the boat (affected by the shape of the boat hull) and the fact that the dolphins here are really abundant and boat friendly! On Monday afternoon we’d been out to Dias Point and Guano Bay to look at the site from shore and saw at least 30 dolphins within a km or two of the land and some animals were only meters from shore – what a fantastic spot for dolphin watching. We also saw a brief feeding frenzy with about 40 gannets diving onto fish and a several groups of Heaviside’s dashing over to join the fun. Other than one or two brief observations of surface feeding in Walvis Bay, I’ve never seen Heaviside’s dolphins do anything that could be described as definite feeding behaviour. In South Africa where I did my PhD research the animals seem to be feeding offshore in deep waters at night and when inshore are mainly socializing and resting.

It’s fascinating seeing all these differences in behaviour along the coast. Unraveling the links between prey type, prey distribution, and competition from seals and other dolphins (for instance, there are no bottlenose dolphins hogging the nearshore environment in Lüderitz or South Africa) and how these factors affect dolphin behaviour is one of our key goals. We hope that by studying these processes will be able to understand the mechanisms behind habitat choice and thus be able to better predict how dolphins are likely to respond to a changing environment.

Pics below of the light house at Diaz Point, a Heaviside's dolphin that was swimming around in the bay just in front of the lighthouse, a rather bad shot of the brief feeding frenzy (it was far away) and a map of the area. 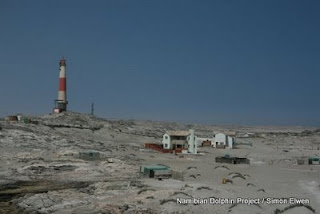 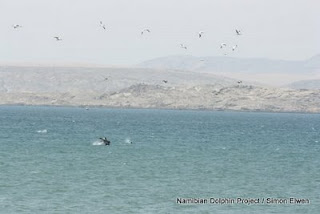 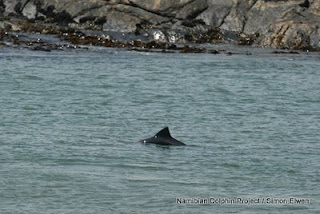 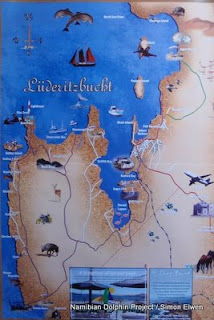 Posted by Namibian Dolphin Project at 15:01

I love the dolphins!!

Hello Everybody,
My name is Mrs Sharon Sim. I live in Singapore and i am a happy woman today? and i told my self that any lender that rescue my family from our poor situation, i will refer any person that is looking for loan to him, he gave me happiness to me and my family, i was in need of a loan of S$250,000.00 to start my life all over as i am a single mother with 3 kids I met this honest and GOD fearing man loan lender that help me with a loan of S$250,000.00 SG. Dollar, he is a GOD fearing man, if you are in need of loan and you will pay back the loan please contact him tell him that is Mrs Sharon, that refer you to him. contact Dr Purva Pius,via email:(urgentloan22@gmail.com) Thank you.